This basic math tells us that the youngest a World War II veteran could realistically be is 90 years old, and that’s stretching it. According to the US Veteran’s Administration, less than 2% of the 16,000,000 original World War 2 vets are still alive. They are passing away at an average rate of 372 every single day. Within a decade, maybe a little longer, there will be none left. None.

One of those 16,000,000 originals was my great uncle Joe. He served in Italy and also fought in the Battle of the Bulge. An artillery guy. He never said a lot about his time in World War II. All I ever got out of him was that his unit was attacked by Stuka dive bombers and he lost most of his hearing due to being in artillery. 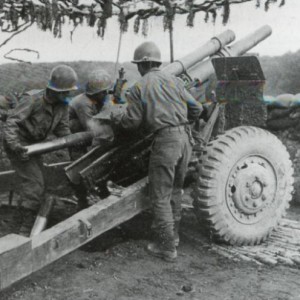 Uncle Joe had a quiet dignity about him. I never saw him wear army veteran hats or place stickers on his car proclaiming his service –not that there’s anything wrong with that– it just wasn’t his style. He never talked about how he was the reason why the United States is still the land of Liberty. He never talked about the violence and death of war that he personally witnessed. He never talked of the grateful faces that cheered the American soldiers as they went town to town across Europe driving out the Nazis and restoring peace to the world.

Uncle Joe surely must have understood the history-altering significance of what he did. In his own way, with very few words, the World War II freedom fighter and real-life hero let his character do the talking. I’ve met several World War II vets and this seems to be a common trait among them.

They don’t say much about their service, at least not to those who did not share the experience. I think that is part of the character of the generation. Service to country was something you did out of a sense of duty. It wasn’t about calling attention to oneself. An important job needed to be done, so they stepped up and did it. It wasn’t any more complicated than that.

After World War II uncle Joe did what most of his peers did: Got a solid job, married, had children. He lived a completely respectable life. It was the same kind of comfortable middle class life millions of Americans enjoy…because of people like him.

We go to productive jobs, take the kids to school, practice a religion, speak for and against various causes, read any books we choose, own firearms, vote, travel freely, have access to a legitimate legal system, and run our mouths on the internet…none of this would happen but for uncle Joe’s selfless service.

But uncle Joe would never tell you that. He was much too modest even as there was nothing even remotely modest about his contribution to the United States. I don’t know if World War II gave soldiers character or brought out the character they already had. Does it matter? I’d like to think that if I had been alive back then I would step up and defend my country too. I’ll never know for sure. And thanks to uncle Joe, I’ll likely never be put to the test.

When Japan & Germany provoked the USA into World War II, they did so on the theory that Americans were hedonistic pleasure seekers with no mettle for a long war. Guys like uncle Joe showed them how incredibly flawed that theory was.

Uncle Joe recently died in Chicago after a lengthy illness. His memorial service will be next week. Adding to the sad but not exactly unexpected news is that between now and next week, many more World War II vets just like him will pass away too.

It’s too late to thank most World War II vets for their selfless service, but like uncle Joe they probably would not want to be called out anyway. We can truly honor all the uncle Joes of World War II by living in freedom with the kind of spirit that only Americans have. We need only to look to them as an example.