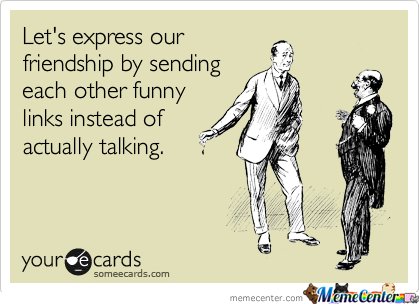 Writers by nature aren’t reserved about expressing themselves; this usually extends to our everyday, non-writer lives as well. Some articles come easier than others, but I always seem to find a topic that I can work with and turn into what I hope is thoughtful, positive, and relevant commentary. It’s rare for language to get the best of me, but when it happens outside the realm of writing there may be a higher purpose behind it.

The other day I attended a memorial service for a guy who died unexpectedly at an early age from a medical condition usually seen in patients decades older. I was only loosely acquainted with the deceased; he was a close friend of my best friend. My best buddy was broken over the loss and my presence at this service meant a lot to him. I’m very loyal to and protective of this particular friend. I would have attended a funeral for his third cousin’s babysitter’s cat if that’s what he wanted from me.

The event was going as expected until the Boy Scouts showed up. The departed was a leader for his son’s troop and the Scouts were there in freshly pressed, complete uniforms. By their appearance it was obvious that they had great respect for their leader. Every neckerchief was carefully rolled, every pin and patch was exactly placed. The smallest detail was cared for. They could have been a Norman Rockwell painting. Many of the parents attended also.

Watching the expressions on those crying kids’ faces and not being able to do a damn thing to help them was one of the hardest things I’ve had to push through in a very long time, maybe ever. The deceased’s young son was surprisingly composed, but I knew that he knew his life was never going to be the same. I wished I had the power to un-do all of their hurt.

I’ve spent my entire adult life studying words: Writing them, editing, changing, experimenting with them, learning how to manipulate them and make them do whatever I want. I’m the kind of guy who uses a dictionary and thesaurus daily and will spend thirty minutes fussing over the structure of one single sentence. I really wanted to put all the right words together. This time my command of the English language completely failed me.

After the service I could not bring myself to say anything more than small talk to my best friend of nearly three decades. Like a lost writer facing down a blank sheet of paper I kept digging in my mind for something insightful and brilliant that would lift him out of his sadness. The search came up empty, except for the realization that there are times when words cannot heal but being there and silently caring gives comfort to a pain that has no permanent cure. A writer’s job is always to have the right words. I had to concede that for this moment the right words were none at all. After the small talk I hugged him and excused myself to leave because my mission was complete. He did not need words. He just needed me.