Energy/environment/ecology is a favorite topic on Twenty First Summer. While TFS finds the energy policy of both conservatives and liberals to be at best a mixed bag with something to love and hate from both sides, I do fully support the higher purpose of working towards a cleaner planet even if there is disagreement on how to get there.

Below is a compilation of my environment-themed articles going all the way back to the beginning. If you have time to read only one, please choose “Earth Day Has No Reason To Exist.” It is a personal favorite and one of my best articles. I have also noted a few runners-up.

No matter what your politics or beliefs are, remember that no one can do everything, but everyone can do something. Please make every day Earth Day by seeking changes  in your own daily life to help make our planet a cleaner, less toxic place to live.

Peace be with you!

Earth Day Should Not Have A Reason To Exist  –#1 RECOMMENDED.

Solar Energy Gives Us The Power To Feel Good.

The Linguistics Of Climate Change.  -RECOMMENDED

Getting The LED Out.

An Old Yankee Fades Away.

When Energy Is Stolen, There Are No Victims.

A Drought of Wisdom.

In California they are facing a drought the likes of which make it seem like something from a science fiction movie. Governor Jerry Brown has the thoughtful wisdom to mandate everyone cut their water consumption by 25% on top of already aggressive conservation measures. Being the regulatory labyrinth that it is, California even has a state law that prohibits restaurants from serving water unless the guest specifically asks for it.

It seems lost on the governor that this epic hot mess is caused in no small part by liberal politics and rabid environmentalism that, in deference to wildlife, spent decades successfully halting plans to build aqueducts and dams. Jerry is going to dehydrate human Californians one glass of water at a time while tens of millions of gallons of perfectly drinkable water is flushed out to sea in order to protect a two inch long fish. By the way, would someone please ask the governor how much water all those illegal aliens in California’s sanctuary cities use every day?

The day is not too far off when the completely predictable results of bizarro activism and legislation come to fruition. The drought will be most acute in southern California. On full display will be the pathos of stuffing nearly ten million people into a region that gets only 15 inches (38cm) of rain per year.

Very few of those ten million people will honestly be able to say they had no idea this was coming but they will undoubtedly act surprised and demand quick action. California politics has conditioned its population to an ethic of nanny state dependence and a belief that all problems can be solved with more laws and tax dollars.

No matter how far one may be from the California drought either in geography or personal interest, what happens out there matters to all of us. The reasons are almost too many to count: Environmental policy that treats humans as an invasive species. Urban planning that squeezes tens of millions of people into an area without enough resources to support them. And if you still don’t care, here’s the biggest reason why you should: California’s artificial irrigation-intensive farming methods.

A lot of what America eats comes from California, and it’s going to be more expensive and harder to find. Billions in tax dollars have been spent on schemes to fix these problems with almost no return on the investment.

When the well finally goes dry, the price of lettuce will be very far from the concerns of Los Angeles residents. They will face the hard truth of living in a place where the water that comes from hundreds of miles away…stops. Some will leave town; most will stick around and cling to their blue-state default group think of trusting that the government will save them. Social unrest and violence will reach every corner of a city that is a rough place even on a normal day.

It’s human nature to protect oneself from a problem by pretending it doesn’t exist. The issue is compounded because once it can no longer be ignored, it’s usually too late to do anything. If you knew your water was going to be switched off, say, on some random date in the next two years or so, what would you do right now? For Californians, and pretty much every American, the answer is obvious: Go about your normal business and be confident that the government has a drought plan B.

One of the incidental benefits of writing about preparation/survival topics is that there are so many real world examples to draw from as well as the assurance that almost everyone will shake their head yes in agreement with me but take no action to prepare themselves. Drought has been an underlying reason behind many conflicts, and always happens to someone else. That is why my message is accepted in the cognitive sense and rejected in the practical sense. To put it another way, everyone likes the idea of being prepared, but only as an idea.

So once again, the rest of us have a golden opportunity to mitigate the effects of disaster in our own lives by paying attention to others’ poor judgement and taking the lesson to heart. It may come to your world in the form of a drought, flood, terrorism, or economic collapse. When fill-in-the-blank calamity arrives at your door, there will be other people watching from a safe distance reassuring themselves that kind of stuff happens to someone else. 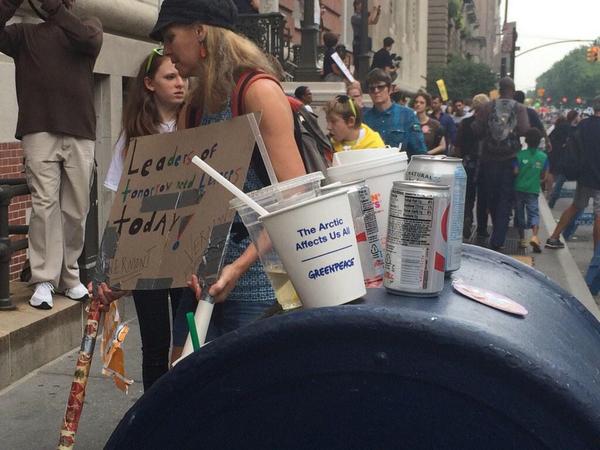 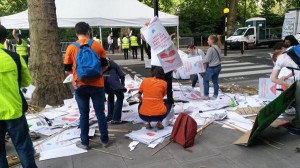