Have you ever been at a party where one obnoxious loudmouth imposes himself on everyone and monopolizes the whole event, and the next day you can recall almost nothing he said? Meanwhile at the same party, there is also the composed and articulate man or woman who does not prattle constantly and is not heard across the room, yet always seems to have an attentive group around them? Those lucky enough to be in this person’s company will remember the experience in great detail, sometimes years later. That quiet, well-spoken party guest knows interpersonal communications. They know how to QRP.

Everyone, including those who never of heard the term QRP prior to reading this article, would benefit from applying its spirit to their own interpersonal communication. In the highly technical hobby of amateur radio (ham radio), there is a subspecialty known as QRP operating, which is radio geek lingo for worldwide communications with very low transmitter power levels. “Low power” is generally understood to be less than 10 watts (less than a laptop computer). By comparison, most amateur radio sets run at 100 watts. Some can go to over a thousand watts, and commercial radio stations average between 5000-50,000 watts. When properly done, these tiny low level signals can compete with the thousand watt-plus boomers.

The philosophy of QRP radio states that what one lacks in brute force can more than be made up for with careful timing and the adroit use of the limited resources at hand. In a non-radio scenario that could mean waiting for the loud mouth to pause and then dropping a well thought out comment. You won’t get to say as much, but your comments will be noticed without your having to yell. It’s better to speak quietly for a minute and have it remembered than to shout for an hour and have no one care.

Walk through the busy downtown of any large city and you will eventually come across a street preacher. They stand on a corner and in a very loud voice attempt to sell their religion. I’m pretty sure none of these guys have ever scored a single convert among the thousands of passers by. The preachers may have good intentions and bring a lively vibe to the street, but the low yield of new followers exposes their lack of finesse. Meanwhile, the missionary who lives like an ordinary man among his flock, shows them what a good neighbor is, socializes with and befriends them, and relates to them one on one or in small groups will collect a bounty of believers. I know a guy who actually does this. He speaks and acts like a normal person, never dominating or raising his voice. You’ll never see him yelling on a street corner. Everyone around him, even those who don’t subscribe to his faith, respects him and pays attention to his words. He knows interpersonal communications. He knows how to QRP. 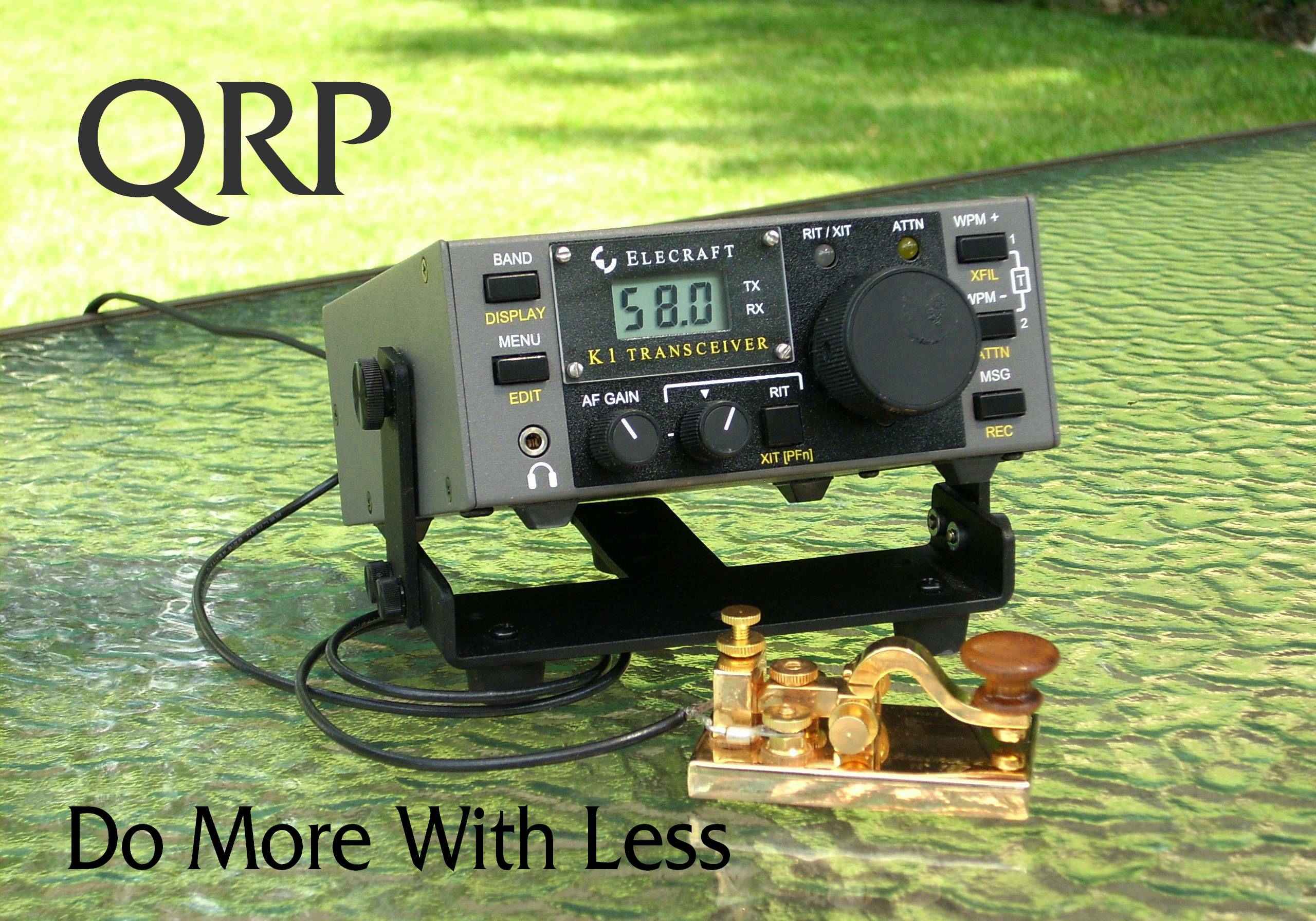 I once worked with a guy who was something of a hothead. One day in a moment of poor judgement, he aggressively approached the boss and made a loud scene in front of everyone about something trivial. The boss just stood there and let him carry on and on with his rant. When he finally sputtered out, the boss calmly replied in a completely normal voice, “I refuse to deal with you when you’re mad and out of control. When you decide to calm down, come see me in my office.” She then turned around and walked away. They did ultimately resolve the issue in a way that was satisfactory to both sides. She had a command of interpersonal communication. The boss knew how to QRP.

Both in radio and in life there appropriate moments to be powerful and loud. QRP is not suitable at all times. Unfortunately, a lot of people can’t discern the difference. They do not throttle down their loud mouths even when doing so would improve interpersonal communication. The quiet little voices are signals of wisdom and self control in a world of overbearing noise and disorder.