A few weeks ago the tiny nation of Nepal experienced two major earthquakes that killed thousands and left tens of thousands, nearly all of whom are poor and didn’t have much in the first place, homeless, injured, and desperate. The world responded with aid, but with Nepal’s communications infrastructure crumbled and broken, rescuers turned to the only communications medium that has never been known to fail because it has no formal infrastructure and does not require commercial power: amateur radio.

The average person thinks amateur (ham) radio is some offbeat anachronism their grandfathers dabbled in. They would be be surprised to know that it is still vibrant and thriving across all age levels. Even today, with modern satellites and fiber optic cables and cell towers all over the place, amateur radio still reigns supreme as the one and only unbreakable worldwide network still chugging along when a calamity takes the high tech stuff offline. It has no peers and no substitutes. There is nothing else even sort-of close.

Amateur radio is remarkable not only for its amazing utility, but even more for the people behind the signals who respond to trouble. They are ordinary citizens stepping up as unpaid volunteers using their own equipment to help people they will likely never meet. Within minutes of the Nepal earthquake, ham operators in India we relaying messages from the disaster area to the outside world. Organized rescuers and the government were depending on the hams because nothing else was working. 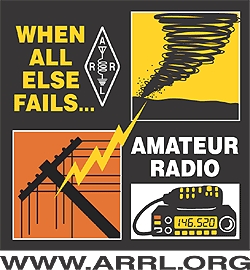 Here in the United States, amateurs have answered the call when Hurricanes Katrina & Sandy struck our shores as well as for wildfires and floods. On a lesser scale, amateur radio operators are key players in providing communications and support for countless large public events such as parades and marathons. Amateur radio is considered so important, many hospitals and public safety agencies have installed ham equipment at their facilities so it will be at the ready when the unthinkable happens…and the unthinkable has and will happen.

Amateur radio has a low barrier to entry. Anyone who can pass a fairly easy test can be a licensed operator. There is no age limit. From there, some people go all out with elaborate stations costing tens of thousands of dollars. Others simply want basic personal communications and own nothing more than a $50 handheld radio. Amateur radio can be as complex or as simple as your interest and wallet allows.

When I was in junior high, I talked my parents into letting me get a CB radio. All my friends were on CB; it was the social media of its day. It was a lot of fun, but yapping with the locals is interesting for only a little while. At the age of fifteen I earned my amateur operator’s license and scraped up enough cash for a used Heathkit radio and a busted up antenna I had to repair myself to make it useable. Without any internet, I was soon chatting with Asia and Europe and Africa from my bedroom in the middle of the USA. I wasn’t sure of what I was doing, but I knew it was cool. To me it never gets old. Decades later, I am still an active operator and I still feel the same excitement I had as a teenager.

The main problem with modern communications technology is that it depends on many interconnected things to work right, and it always breaks when it is most badly needed. Technology has not been able to come up with anything as reliable or simple as amateur radio. Without the burden of complicated infrastructure or multiple points of failure, ham radio can reach out through any adversity. Earthquakes, hurricanes, ships at sea in peril, tornadoes, floods, forest fires, blizzards, riots, wars…amateur radio is always a soothing voice bringing order to the chaos

7 thoughts on “Amateur Radio Is A Voice Through The Chaos”