My Fellow Deplorables, I know it’s hard not to answer back to the flood of snipes and insults from the “tolerant & accepting” liberals, but please hold your fire. What they thought would be a yuge blue tidal wave left Democrats going into 2017 with less than than they’ve had in decades, and the 2018 mid term election map strongly indicates that they probably have not hit bottom yet. “Liking” and “sharing” insipid Facebook memes and walking around chanting while wearing childish pink kitty hats is all liberals have left. Let them think it will matter; let them pout and whine like the little sissy-bitches they are. None of it changes the end result. We still won.

My Fellow Deplorables, instead of counter arguing, encourage dead end theories that Hillary Clinton lost the election because of the Russians, the electoral college, the FBI, or whatever. Pretend to agree with the left! Affirm their delusions and denials! The last thing we want is for them to get a clue. The more liberals embrace straw man arguments, the more likely it is they will lose again and again and again. 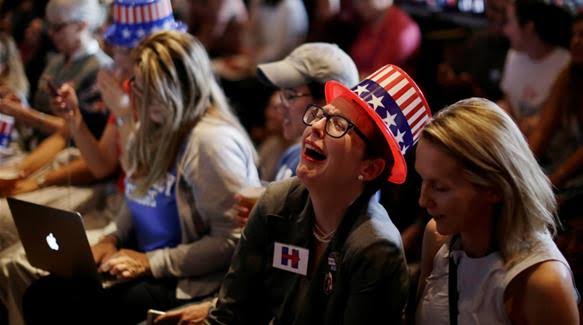 My Fellow Deplorables, offer no rebuttal to Hillary supporters when they say Donald Trump is the most incompetent buffoon ever to be elected President. Staying out of this debate forces liberals into the untenable position of rationalizing what Trump’s buffoonery says about the abilities of their candidate, who lost to him. Winners never have to justify their success, nor are losers entitled to an explanation. The losers will likely default back to blaming the Russians, the FBI, blah, blah, blah. Again, don’t interrupt them. Don’t give away the answers to the test. Don’t say or do anything to steer them towards a real solution. Let the liberals keep talking in circles even if it means taking some verbal abuse ourselves.

My Fellow Deplorables, take liberal showmanship for the absurd comedy that it is. I too laughed my ass off at their infantile YouTube meltdowns. Don’t feel guilty while you belittle the hysterical liberal screeching. It is hilarious entertainment! Yes, I know it’s not nice to mock and gloat, but etiquette is voided the moment anyone puts their manufactured outrage on the internet for all to see. It’s a zero-sum game: They have Saturday Night Live and Bill Maher; we have millions of Hillary voters who can’t keep their finger off the “post” button. In what can only be an irony so beautiful that even Shakespeare could not have crafted it, the Democrats have the nerve to beat up on Trump over his Twitter addiction. At least Trump can say he won.

My fellow Deplorables, stay focused on why you voted the way you did and give a wide berth for the liberals to have hissy fits and chase shiny objects. The Democrats are covered in their own shit while insisting that it’s everyone else who stinks. Let them keep thinking that. Besides the big win, which is the only end result that really matters, Deplorables collect an added bonus: Getting the last laugh on liberals who don’t even know that they are the joke.

One thought on “My Fellow Deplorables…”