We are nearly fifteen years out from the September 11, 2001 radical Islamic terrorist attacks on the World Trade Center. The debris and mountain-sized mess has long been cleaned up and rebuilt with an impressive new building and a reverent memorial that attracts thousands every day. Just a few miles away, another building representative of that horrible day still stands. There are no grand memorials. There is not even so much as a sign or plaque to commemorate the site. No one comes to pay their respects. Hardly anyone knows about Hangar 17 at Kennedy airport in New York City or its deep connection to 9-11.

In the aftermath of the terror attack, someone, somewhere, had the foresight to realize that a lot of the debris had historical and commemorative significance and should be saved. These artifacts were stored in hangar 17 until it could be decided what would happen to them.

The inventory of hangar 17 was as diverse as the people who died that day. There were a lot of twisted steel beams, emergency vehicles, various building parts, retail displays, a huge elevator motor, a broadcast antenna, a bike rack with bikes still chained to it, two intact subway cars, and an entire section of the parking garage. The most poignant to me were the signs identifying the World Trade Center, and  personal items, such as the bikes. They’re like a killed soldier’s dog tags. They have an identity. Theses items speak to us in a way a piece of nameless twisted steel or broken glass cannot. 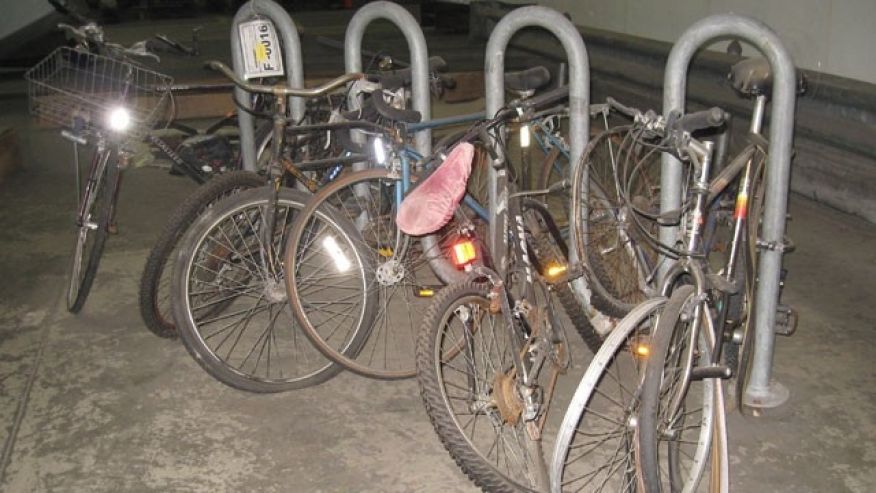 At one point hangar 17 was filled to the rafters with these sad remembrances. Over the years, they were claimed by municipalities, veterans groups, museums, schools, and other organizations to be used in public memorials all across the United States and a few in foreign countries. Some of the steel beams ended up in my hometown of Naperville, Illinois because of one of the victim’s connection to the community.

A decade and a half later, JFK hangar 17 is now nearly empty. Its contents have been spread all over the earth like symbolic cremains of the deceased who were never found. The victims of that day never made it home; what could be saved of the surroundings they perished in have been given eternal places of honor for all to see. In addition to the inventory of hangar 17 are the countless undocumented relics picked up by rescue workers for their own personal commemorations.

The future of hangar 17 is not so noble; it is slated for demolition. It’s not clear if the teardown has anything to do with its relationship to the 9-11 radical Islamic terror attacks, or if it’s just a junky old building that needed to be replaced anyway. I am guessing the former. Hangar 17 is inextricably woven into the lore of September 11. No terrorist plowed a jetliner full of innocent passengers into it, but it’s plausible to say that the building was also destroyed along with the World Trade Center. It would be awkward and inappropriate to return hangar 17 to its original use, and airport managers are not going to let an empty structure just sit there. Tearing it down seems like the only choice.

As the days between the present and September 11, 2001 click higher and higher and a new generation of radical Islamic terrorists plot against the civilized world in general and the United State in particular, it’s more important than ever to understand that the saved items are covered with the invisible remains of thousands of real people who until that day had a million reasons to live and were loved by families and friends. The ones who died are, literally, a part of every memorial made from the recovered pieces of the World Trade Center. Hangar 17 was more than a temporary vessel to hold artifacts from one of the darkest days of our time. It was also the victims’ last layover before their flight into eternity.