The fun and fireworks of Fourth of July celebrations are long fizzled out and I count myself among the many who are not ready to admit the unofficial end of summer is only a month away. As the ubiquitous back to school advertisements foretell, yes, the calendar always gets its revenge. It’s the cycle of life we grow accustom to even if we don’t necessarily like it.

For last spring’s high school graduates, it’s much more than a perennial change of the season. It’s their dwindling days of having a legitimate claim to childhood, of not having to worry about anything serious, of living under the close protective cloak of parents and teachers. Within the next few weeks, their lives will change abruptly and things will never be the same. They’ve just completed a major life goal; I can’t really blame them for wanting to party, cut loose, and not give a damn about anything for a month or two.

I refer to the summer after high school graduation as “Senior Summer.” It occurs only once in a lifetime and is both a carefree joy and a sad, long goodbye as friends who have known each other for years and together shared many important experiences drift apart and go their separate ways to college, the military, a job, or mom’s basement. Sincere albeit naïve platitudes of keeping in touch will be offered and accepted, but it’s not going to be anything like the halcyon final scene of the classic hit musical Grease, when the kids graduate and begin their Senior Summer by happily singing about how they’ll “always” be together. The places and people that our young lives revolved around for four years quickly become just photos in a yearbook.

Years ago I had an occasion to stop by my old high school during my own Senior Summer to drop off a library book I forgot I still had. Being summer break, the place was empty and kind of creepy. Even though I knew the physical layout of the building in great detail, an odd feeling nonetheless came over me: “I don’t belong here. Naperville North isn’t my house anymore.” The school where I felt welcome and comfortable as a student walking the bustling halls laughing with my friends just a month or so earlier now made me feel like I was wandering around a stark alien spaceship. I just wanted to finish my business and get out of there. It felt terrible having an aversion to a place that was such a big part of my life and held many warm memories, but I knew I had checked out and moved on.

The emotional pain of leaving a familiar sphere of faces and places does have a big upside: As much as it may upset young people to let go of the only world they know, the opportunity for new and exciting experiences is breathtaking. The errand to drop off the library book was my reality check. It unnerved me at the time, but summer is fleeting and that fall I started college. I had a chance to study topics I liked and not what was chosen for me. In what can only be described as an amazing case of being in the right place at the right time, I applied and was hired for a job at a popular radio station. I had zero experience but it turns out I was a natural for yapping on the radio. No one was more shocked than me when my weekend/overnight program pulled in more listeners than some of the prime-time big shots. New friends, new school, and a new job that was a hundred times cooler than whatever my peers were doing to make a buck. All this happened less than a year out from graduation.

Teens going through their Senior Summer and feeling equal amounts of pain and joy have a difficult time grasping the idea that there is a big, inviting world out there just dying to meet them and give them a chance to make a difference with their fresh ideas. Like nearly all who came before, they will ultimately navigate through the churn of heavy feelings and doubt and learn that leaving the cocoon of high school –even if they don’t think they can handle it– has a higher purpose. It’s an essential part of the self discovery process.

This past weekend I went to visit my adopted niece because she is going off to college in a few weeks and I don’t expect to see her again before Christmas. I’ve known this young lady since she was born and I could sense her worry. “Chris, I’m so nervous about this,” she admitted, nearly in tears as she hugged me tightly. I said the only thing I could think of, unrehearsed from the heart. “You’re going to have a great time and amaze yourself and everyone with all the good you are capable of.” That wasn’t me saying something insincere just to be polite. I really do believe in her, maybe more than she believes in herself at the moment. Next year will be her brother’s turn. He is a highly motivated, dynamic kid and I’m certain he too will do very impressive things once he is freed from the limitations of high school.

It hurts to watch young people stress out over things we older and wiser folks know will pass, but there are some situations we cannot or should not bail kids out of. All we can do is smile and understand and assure them that joy and pain often come as a matched set. In my June 17, 2014 article I mentioned that the greatest trait of strong people is they know they are loved. It’s the most powerful and important feeling we can impart on our kids when we launch them into the world as brand new adults to figure out for themselves that the end of Senior Summer is the beginning of a bright and promising future . 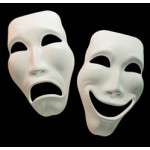