Editor’s note: The lawsuit of Misraje v. Carolla was settled after today’s blog article was prepared. I’m going to run the article in its original form anyway because the issues it discusses regarding personal relationships and money are still valid. Details about the conclusion of the case are available here.

In my early years me and my brother and our friends would come up with all kinds of crazy schemes to make money. Some were remarkably clever. Genius even. Most were beyond ridiculous. None ever got farther than the “wouldn’t it be cool if we…” stage, which, thinking back, may have kept us out of the back of a police car. It was a blast staying up far past midnight eating cheap Little Ceasar’s pizza and slugging down soda, colluding together on our get rich hustles and talking big of how everyone else is an idiot and we’re going to haul in gobs of their money. My brother had the most twisted mind of all of us and came up with the best way-out there rackets. We were adolescent male minds in their highest form of creative buffoonery. Still today, our young adventures will occasionally come up in conversation. All I have to do is mention “Magic Fountain Scam” to my brother and three-plus decades out he still knows exactly what I’m talking about and starts cracking up.

Had one of our dopey ideas actually taken off, I’m not sure what would have become of us. It’s nice to think that hey, we’re all friends and the pie is big enough for everyone. That’s a pleasant sentiment until someone thinks they are entitled to your slice. Countless friendships, families, and marriages have been permanently ruined because someone made it to the big time and, rightfully or not, others felt entitled to a taste of the pie. When it’s all over, the lawyers end up rich and everyone else is left to wonder if being right was really worth it.

Hardly anyone recognizes the name Donny Misraje, but he will be a lot more well known after the court case he’s involved in circulates through the media. Misraje is suing a name almost everyone knows, legendary comedy superstar Adam Carolla in a scenario that is a nearly exact copy of the kind of nonsense me and my brother and our friends used to dream up, except unlike our birdbrained ideas the Misraje-Carolla venture actually did become a huge success and made a mountain of money. As it’s so easy to predict, two once-close friends are now letting their lawyers do all the talking.

The personal disagreement that turned into a big-dollar court case involves a podcast. Today, even top of the pyramid names like Howard Stern and Rush Limbaugh earn millions from on line programming. But not long ago podcasting was the exclusive realm of wannabes and pretenders who took advantage of the low barrier to entry and either didn’t have enough talent to make a career in the broadcast industry or whose choice of obscure topics could not attract much of an audience. The nuts and weirdos are still out there, but thanks in no small part to Carolla, the medium is all grown up now and there is a huge field of well produced, very worthwhile programming out there. 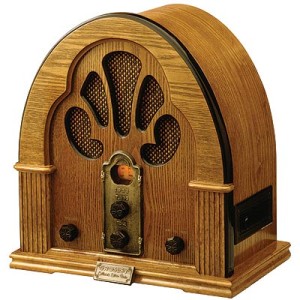 The short version of the lawsuit story is that back in 2009 Misraje quit his $230,000 a year job as a video editor to help Carolla produce a podcast. Because a non-compete clause from Carolla’s previous radio contract was in effect, the new venture could not sell advertising or otherwise accept money. For all intents and purposes, everyone connected to the project including Adam Carolla himself, worked as an unpaid volunteer for nearly a year. According to court documents, there was a verbal agreement that Misraje would become a 30% owner in the business once the old contract expired and the operation could generate revenue.

By the expiration of the contract, the podcast was an enormous success and started bringing in oh-my-god amounts of money. What happened next should not come as a big surprise to anyone, but here goes: Carolla and Misraje had different recollections as to what was owed to whom, and since nothing was written down the whole mess ended up in court with all the makings of a celebrity smackdown. The paparazzi and Hollywood gossip shows are going to eat this up.

I have friends who I’ve been hanging around with since I was a college kid. We’re not “Christmas card” or “Facebook” friends. We talk on the phone often and regularly visit in person like real friends do, and have kept it up through many years and major life changes. I would be reluctant to get involved in a business deal with any of them for the reasons Misraje & Carolla so sadly illustrate, but if I were talked into it, I’d want something in writing. I trust my friends to keep their word, but money has a way of making people forget what they agreed to.

Reflecting on my own friends and their importance to me, I conclude that the issue is not deciding under what conditions it’s ok to dump a friend over money. It’s an issue of not mixing money and friendship in the first place. It always starts with the most honest of intentions but hardly ever ends so nobly. It’s sad that we live in a time where handshake deals are an anachronism and almost no business gets done without a lawyer being involved. Even marriages have become quantified in the form of prenuptial agreements.

I’m just an honest, average American working guy with no special legal knowledge. From my perspective I believe that anyone who quits a six-figure salary job to help a buddy get a new business off the ground, then labors for free for almost a year with no promise of a payoff, deserves something for his loyalty once the money starts rolling in. Written contract or not, this seems like basic fairness. Heck, I won’t even ask a friend to help me for an afternoon without at least buying them some pizza.

It’s lost on me why Carolla thinks that he owes Misraje absolutely nothing. Carolla is either not the decent, relatable regular guy I thought he was, or there is more to this story than can be gleaned from the media. I truly want to believe it’s the latter. Carolla must have been fully aware that cutting Misraje out of the deal was going to end the decades-long friendship. I doubt I’ll ever be faced with an analogous defining moment , but if the crazy Magic Fountain Scam starts pumping out dollars, I hope that everyone involved knows right from wrong even if it’s not written down.