I recently had the opportunity to meet up with my buddy, James. He happened to be in my area and I don’t get to see him that often, so when the last minute invite came in, I quickly rearranged my day to make it happen. I was excited. He’s one of my most favorite people, ever.

The first thing you’ll notice about James is how outwardly unnoticeable he is. He does not call attention to himself via a ridiculous wardrobe of saggy pants with his underwear and most of his ass hanging out. He is not carpeted with tattoos and piercings, at least none visible (for the record, I don’t have a problem with tats and piercings, except when they are overdone). He does not have a wild haircut. He’s a regular jeans & t-shirt type of guy. He speaks clearly and politely, in complete sentences, without profanity. The sentences sound like they had actual, meaningful consideration put into them. Only occasionally does he slip into wishy-washy teen mumble mode. James is a high school student. 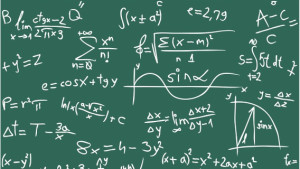 We nibbled on the free chips & salsa while waiting for our burritos. James has been taking college and honors-level courses for a while now. He talks of his plans to study science and math when he goes to university next year. He has opinions about politics and the world. It doesn’t matter if I agree with his views or not. What matters is that he is thoughtful and has a clue. James smiled and seemed embarrassed when I complimented him on how focused and together he was. This kid is so sincerely decent, likable, and intelligent that I wonder what alignment of the planets caused him to be here in the first place.

The answer is much closer to earth than cosmic good fortune. Guys like James are carefully nurtured by parents who put heart and soul into their kids. His mom & dad demanded the best from him and would not tolerate any less than full honest effort. They knew when to carry him and when to step back and purposely allow him to struggle on his own. All males, especially the young ones, live in fear of being dressed down by another male they respect. James’ dad sets a high standard and enforces accountability to it. The kid got the hint. He did whatever it took to avoid disappointing his old man.

As much as I may discount luck, I do like to tease James’ dad and remind him that he won the “kid lottery.” Like his son, he takes compliments humbly but inside he knows how hard he worked and how deeply he loved to produce the remarkable chip-munching teen sitting in front of me. The hardest work a parent does is the work no one ever sees. I know there are lots of kids from loving homes who grew up to be bums. And I know lots of kids turn out to be stellar even though their parents, if they have any, are the bums. Some parents have a winning ticket and throw it away.

James’ biggest challenge of his short life will begin this fall when he goes off to college where his parents will not be a daily presence pushing him along. He understands hard work is expected even when no one is watching; his parents’ admonishments buzzing in the in the back of his head will  keep him on task. The little kid who used to play video games with me and randomly hug me for no reason at all is now a mentally, physically, and morally strong young adult whom I am certain will one day find a cure for some horrible disease or come up with a solution to a very big problem. He knows how much he is loved (he’s still not too cool to hug me!) and proves every day that he’s been paying attention for the last eighteen years.