The last decade has slapped us with a bucking stock market, bouncing gas prices, and the crash and sort-of rebound of the real estate market. Well under the economic radar and seldom mentioned in the media is the bubbling student loan meltdown. Unfortunately, all of the proposed solutions are reactive. They address cleaning up a disaster that was predictable and avoidable in the first place.

Those who think this problem doesn’t concern them because they or their kids are not in college (or are wealthy enough to pay for it out of pocket) will change their mind when they find out that student loan debt in the United States is at 1.20 trillion dollars and climbing. The problem shows up in our tax bills, the cost of everything we buy, as well as in the skills (or lack of them) in the workforce. Everyone owns a piece of this mess, whether they want it or not.

The exact origins of the student loan chaos are indistinct. In 1993 President Bill Clinton pushed for and won reforms that made it easier and cheaper to get financial aid; the program was expanded by President George W. Bush and still exists today. The intent of the policy was inherently solid, but it did come with unintended consequences: Seeing a big payday, schools started admitting students who did not have the maturity, the discipline, or the academic strength to do college level work. Many of them barely made it out of high school. These borderline students drop out after a year or so, still on the hook for thousands of dollars of debt without completing their degrees. It’s true that they disproportionately have socioeconomic class disadvantages not of their own making but that is not a good enough reason to hand over a pile of money for them to fill space in a classroom in a misguided quest for “fairness”.

Unknown numbers of young people are getting triple-screwed by well intentioned adults pushing them into an academic environment they can’t handle, by colleges willing to bend admissions rules for dollars and “diversity,” and by banks who are eager to underwrite (usually) government-backed loans. College is a worthwhile endeavor…I get that. It’s not lost on anyone that having only a high school diploma severely limits lifetime earning potential, but who is better off: The debt-free kid who went from high school directly to a crappy low wage job, or the kid in the crappy low wage job with thousands of dollars of outstanding student loans from the degree he never finished? 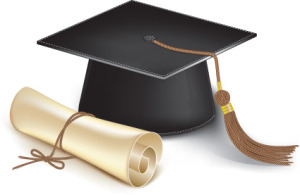 It’s important to point out that not everybody with five or even six-figure education loans on their backs are the innocent victims the media and  politicians want everyone to think they are. Students knew or should have known the terms of their loans and that some degrees have almost no market value. I sincerely respect anyone who pursues a gender studies or anthropology major solely for the love of scholarship, but spare us the “poor me!” crybaby act when you can’t land a decent job and the student loan bill comes due. You’re not a victim.

Community college is the obvious but often overlooked partial solution to the student loan meltdown. Two year schools are the diamonds of higher education, but no one ever gives them credit for it. Typically costing less than half of four year schools, they deliver a huge bang for the buck. The biggest reason Community colleges are not considered: They don’t offer the cool “college experience” that is such a big deal to today’s iPad-toting kids.

Back when I attended College of DuPage, it was derided as the “high school with ash trays.” By 3:00 pm every Friday the place became a ghost town. Nobody was there to be trendy, including me. I was earning college credits on the cheap. When I eventually transferred to a university and graduated, there was no disclaimer on my diploma stating that half of it came from dorky, uncool C.O.D. Like any young person I would have loved to get four full years of exciting big university campus vibe, but there were certain realities I simply had to accept. I graduated owing a lot less cash than my trend-seeking peers.

It bothers me that junior colleges get such a bad rap because without them I along with many others would not have made it to graduation. Yes, College of DuPage made that profound of a difference to me. COD classes were not easier than they at a big name four year institution, but I was able to study without the usual distractions or worry about how I was going to pay for my education. I was neither wealthy nor a stellar student; COD was a place where I had breathing room to make decisions and focus on my coursework without being demoralized by it. A lot of high school seniors who go directly into a four year undergraduate program and subsequently drop out for academic or financial reasons would have succeeded had they attended community college first. What a sad, life-altering, missed opportunity.

I’m under no illusion that the trillion dollar-plus student loan mess is going to be solved by junior colleges alone, but it’s obvious that a big part of the problem is too many students are in way over their heads and their wallets at four year schools. Aspiring to earn a degree is not justification enough and a lot of college loan debt is really the debt of vanity. College is not a party or an “experience” to be had at any price, nor is it (for most of us) a place to pursue highly idealized fields of study with no real-world application. If would-be undergraduates gave their education the same due diligence that they give to any big-ticket investment, there would be a lot more success stories and a lot less balances to pay off.