Pope Francis has done a lot to bring a message of decency and peace to a world that seriously needs it. This blog has said nice things about His Holiness before, and nothing has happened since then to change that sentiment. Still, respect is not blind, nor open-ended. Pope Francis may be infallible in Church matters but for all other things he’s just another guy with an opinion like the rest of us. That’s why l was disappointed and even a little offended when during a visit to Mexico Pope Francis was critical, or more accurately, hypocritical, towards American immigration policy.

Aided and abetted by the Pope, the political left wants to make the issue much more complicated than it really is, but the bottom line goal of building a wall along the US-Mexico border is for the United States to control who comes and goes. It’s not “racist” or “xenophobic” to build a border wall any more than it’s “racist” or “xenophobic” to have a locking door on your house.

A country without a border is not really a country. Pope Francis should know, because there is a very large, centuries-old wall surrounding the Vatican. The Vatican is recognized as an independent sovereign nation where (surprise!) legal immigration is almost impossible. Tourists are welcome to visit, but they better be back on the other side of the gate at closing time. If Francis has a problem with walls & barriers, then he can start by tearing down the one around his own patch of dirt.

What offends me is that Pope Francis stood on the Mexico side literally a few feet from the border and wagged his finger in admonishment at the United States because of American attitudes towards the very controversial but yet very legitimate issue of illegal immigration. And again, I must stress that it’s “controversial” only because the liberal left makes it so.

It was almost as if His Holiness did not want to see that the United States cheerfully takes in millions of legal immigrants every year. As a religious (not political) figure, he has a little more wiggle room to say things. Yet, wiggle room is not a license to forego discretion and context. He knows damn well the USA is more generous and giving than any nation on Earth. When there is any kind of humanitarian crisis or natural disaster anywhere on the globe, no one calls the Vatican for help. They call the United States, and rightly so: The entire world knows Americans can always be depended on to come through.

When Pope Francis visited the United States last fall, I was personally uplifted and encouraged by his being here and he said many words of comfort that touched millions of Americans. Of greater import is what he did not say. I would like to know why he did not go to the American side of the border and give a morality sermon towards Mexico about all the drugs and problems they send over here. Why didn’t he insist that Mexico fix all the internal social dysfunction that motivates illegal border crossings in the first place? Why didn’t Pope Francis tell Mexico, “The Americans have been very, very kind to you. Stop taking advantage of them!”?

I’m not going to be too rough on Pope Francis. In spite of my disagreements with his approach to some issues, I do think he’s a great man and a net-positive for Roman Catholics and the world. But standing literally within earshot of a nation’s border and criticizing that nation’s political process (which, by the way, is the most free and democratic in the world) is in extremely poor taste.

As a Christian and an American, I forgive Pope Francis for his offense. I hope he visits the USA again soon and takes some time to see for himself that a wall may define a country’s physical border, but not the spiritual limits of its generosity and goodwill. 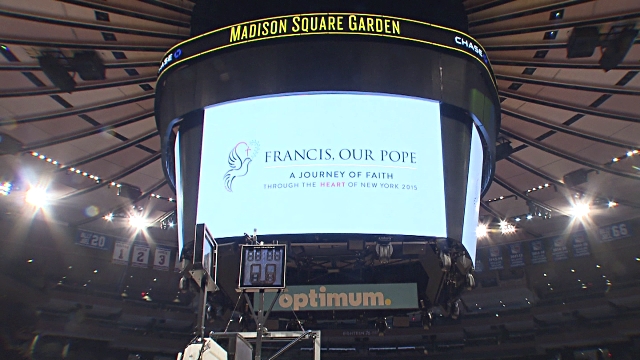