I’m on a layover at the Atlanta, Georgia airport (ATL), one short plane ride away from beautiful Florida where I’m headed to visit a guy I’ve been close friends with since we were teenagers. Where I’m from, the winters are long and rough. Florida is a welcome treat; I’ve been looking forward to this trip for months. I’ll be crashing at my friend’s house, so I don’t have to pay for a hotel or a rental car. Time off in a warm, comfortable place and it won’t even cost me much money…it’s as good of a deal as I’m going to get without packing up and moving there.

In addition to the excitement of seeing my friend, this trip will expose me to people different than what I’m used to at home. It’s easy to think that everyone all across the USA is mostly the same, but I’ve been to places that made me forget that I was still in my own country. There have been moments when I had to remind myself that I didn’t need a passport to get there and these people were just as American as myself. Even within my home state, there are areas a world apart from where I live.

Now in Pensacola, I am in a part of the state that is more “Southern” than “Florida” in the way outsiders imagine these things (the Alabama border is less than a twenty minute drive). This is Dixie in spirit if not geography. There is a real Civil War-era fort on the gulf shore just a few miles away. The customer lounge at Jiffy Lube has Bibles as reading material. The convenience stores sell fresh boiled peanuts. And I must, must, must, have breakfast at an ubiquitous culinary icon of the South: Waffle House (there are sixteen of them in the Pensacola area alone). If you order iced tea and and don’t specify sweet or unsweet, you out yourself as being from, well, not here. It’s ok, though. The locals will smile and gently guide you through the protocol. Southern congeniality…it’s not a stereotype when it’s actually true. These people are sincerely nice.

Travel is not something I’m very interested in. I’ll seldom go somewhere just for the fun of going and if my friend did not live in Florida, I’d probably never come here. I may not be excited by the idea of boiled peanuts and oil change evangelism, but the value of wandering and witnessing firsthand how others live is not lost on me. Aside from my jealousy of the mild weather and being left speechless over what Southerners think is “good pizza,” things around here are not shockingly different than life in my own end of this great land. 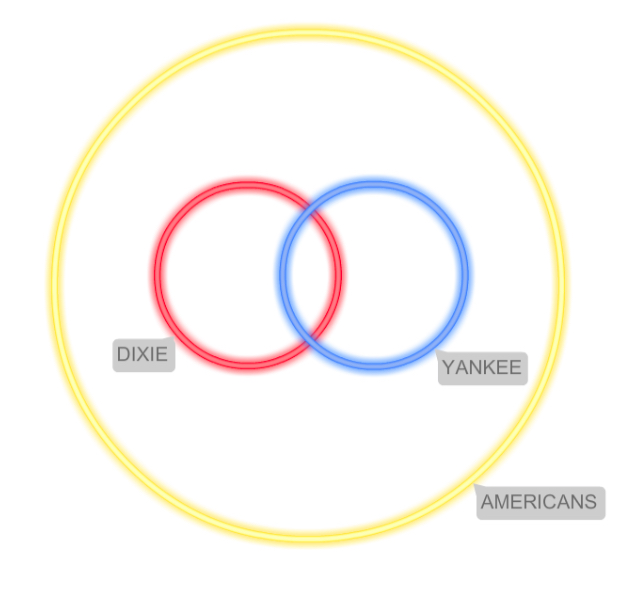 The buddy I’m here to visit knows a lot about acclimating to different people and customs: He originally came from Vietnam via Indonesia, lived in Illinois for many years, then went to Seattle, Washington for a short run, and is now a US citizen firmly planted in Pensacola. My learning curve was more straightforward: I’ve been on numerous treks stretched over a decade or so to see him, and once I stopped trying so hard to understand the South, the lightbulb went on in my head. If one looks for only differences, then understanding will never come. It’s like a Venn diagram where none of the circles overlap. I first had to seek out similarities and use that as a starting point to appreciate the differences.

As soon as I ended my preoccupation with being a stranger in these parts, the differences didn’t seem like all that big of a deal. We are America, after all. There may be many different color threads, but they are all part of the same piece of cloth. That is where the Venn diagram intersects. When someone from Dixie stops by my neighborhood, I’m going to offer them a slice of real pizza and hope they will see how much they are welcome in my part of the circle.

2 thoughts on “Lessons From A Dixie Trip.”