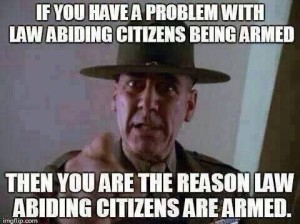 National mid term elections are less than ninety days away, and along with them thousands of local offices and issues will also be on the ballot. Polls claim most Americans are in the middle with only a small vocal minority on each fringe, but I’m not seeing it. The definition of an independent/moderate in American politics seems to be anyone who hates both sides equally. Does that count?

Each side is trying to come up with a scheme that picks off votes from the middle, assuming there actually are any. There might be some persuadable citizens on local issues, but for the national elections, there’s very few votes to harvest. To clarify for my readers outside the United States: Americans don’t vote for the best candidate. We identify the candidate we dislike the most and vote for whoever he or she is running against, even if under any other circumstances we would not hire that person to run a popcorn stand. Crazy Americans!

My disrespect for big government liberalism should not be interpreted as approval for what the Republicans are up to. The best thing I can say about Republicans is that they are not nearly as incompetent as Democrats, but that’s not a compliment; it’s more like congratulating the valedictorian from the worst school in the country.

Keeping in mind the mission of Twenty First Summer as the “thoughtful, positive, relevant” blog, I’m not going to spend the next several hundred words lighting up in a whiney screed about how the country is going to hell, even if it actually is (cough-Obama-cough). There is an old trope in American politics that says a policy neither side likes is probably the best. That is exactly the path I intend on taking here.

I’m not a political scientist. I’m not a lobbyist, consultant, or analyst. I’ve never held public office nor worked for a candidate, or even slapped a campaign sticker on my truck. I have come up with two plans, one for liberals and one for conservatives. Whichever group most effectively embraces their respective plan will win over voters who would normally not even consider supporting them, and more importantly, make them loyal backers for life:

Conservatives should abandon their opposition to gay marriage.
There are a lot of gays who like much of what conservatism offers, especially regarding economic and tax issues. As a demographic, they have higher incomes and pay more into the system than they receive from it. They’re getting pretty sick and tired of being the cash machine for the schools, lazy public employee unions, and every feel good handout program on the liberal wish list. Many states and municipalities have already established their own recognition of same-sex marriage, so in these places making it the law of the land would not be a culture shock. Only in a weird, ironic world of bizarro do so-called small government conservatives use the kludge of big government to deny others that which hurts no one.

As right wing hero Thomas Jefferson famously said, “The legitimate powers of government extend to such acts only as are injurious to others. But it does me no injury for my neighbour to say there are twenty gods, or no god. It neither picks my pocket nor breaks my leg.” He was speaking in context of religion but the idea can and does apply to same sex marriage. Here is my challenge to conservatives: How does your gay neighbor getting married “injure” you and “pick your pocket or break your leg” in a way that traditional marriage does not?

Conservatives will often cite morality as a reason they are against gay marriage. The problem with this angle is that morality is about one’s own personal beliefs and not about pushing them on others. The Jeffersonian standard still applies. Parents who don’t want their kids exposed to the gay lifestyle can explain it the same way they would any other objectionable behavior. The world is a big huge place. Not everyone is like you.

If the Republicans change their platform to support gay marriage, or at least stop fighting against it, I am certain they will win more elections. There are a lot of gays who really, really want to vote Republican, but the same sex marriage issue is a deal breaker.

Liberals should give up on gun control.
There is something inherently flawed about a position that punishes honest citizens who didn’t do anything wrong while violent criminals go about their business. That is the absurd corner liberals have painted themselves into by joining the cult of gun control. Like a gambler who thinks if he rolls the dice just one more time Lady Luck will deliver a jackpot, Democrats can’t leave the table out of superstition that the next one will be a big win.

After twenty-plus years of beating this topic to death and a “grassroots movement” funded almost exclusively by a single neurotic billionaire sugar daddy, liberals today have less gun control than what they started with: Conceal carry is allowed in all fifty states and interest is growing, especially among women and minorities. Many firearms training classes have weeks-long wait lists. Even well known leftist cheerleaders have conceded that the gun rights movement has enjoyed a surplus of legislation.

Liberals will commonly cite polls that indicate Americans support gun control and use the data as a rationale for more restrictions. Here’s where their conclusion goes wrong: Because someone has an opinion on an issue it does not automatically follow that they care enough to vote or actively fight for the issue. I bet I could take a poll and “prove” that  95% of adult Americans are against letting five year olds eat cake and ice cream for breakfast everyday. But how many of those adults are willing to call or write their congressman and demand that there be a law about it, or make it a voting point? And so it goes with gun control.

For their part, gun rights activists absolutely will turn out in large numbers to call, write, protest, and vote. There have been high-profile elections to prove it, and the pro-gun people have shown over and over how serious they are about taking it far beyond responding to a poll question.

So, a reality check for liberals: What are you trying to prove with your recalcitrance? Your own data shows support for gun control is a mile wide but an inch deep and the issue is loser for you over the long haul. If you stop trying to marginalize law-abiding gun owners, a big pile of them will even vote for you!

Both Republican and Democrat heads may explode to find out that the Pink Pistols is a little-known but very headstrong group of gay, gun rights supporters who are just dying to throw their vote behind someone. And oh, by the way, they have a lot of friends and family too. The first political party to cast off their ridiculous devotion to a cause they can never, ever win will gain a huge, lasting advantage.

Those who are both pleased and pissed off with my propositions are the exact people I hope to reach. I am an unapologetic Libertarian, gun nut, and sympathetic to gays. It will be a great moment when I can step into a voting booth and not have to shun one belief in order to support the other, or better still, when gay marriage and gun rights are so commonly accepted that they don’t need to be campaign issues in the first place.